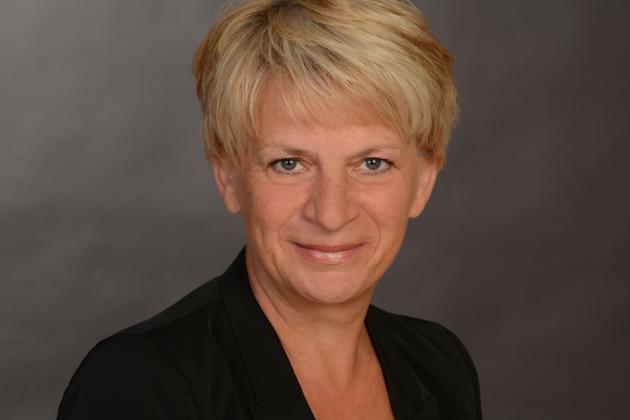 Barbara Unmüßig’s professional commitment for international justice and global environmental and climate protection began in 1983 as an editor of “Blätter des iz3w”, a periodical devoted to North-South policy. Further she worked as a research assistant for the NGO “Aktion Dritte Welt” (Information Centre Third World) in Freiburg.

From 1985 onwards Barbara Unmüßig extended her network and international knowledge by working as a research assistant for the Members of Parliament Uschi Eid (1985 to 1987) and Ludger Volmer (1987 to 1990) of the Green Party in the German Bundestag. During that time, she focused primarily on the international debt crisis, on World Bank and International Monetary Fund (IMF) policies and on global environmental issues.

In the nineties, Barbara Unmüßig worked exclusively for and with national and international non-governmental organizations. During the year 1992, when the UN conference on Environment and Development (UNCED) was held in Rio de Janeiro, she was the project director of the German environmental and development organizations. In 1992, Barbara Unmüßig was a founding member – and until 2002 spokesperson – of the Forum on Environment and Development, a German NGO. During this period she initiated numerous international networks and participated in many global forums and conferences (UNCED, World Trade Organisation (WTO), IMF and World Bank). Barbara Unmüßig cofounded the World Economy, Ecology, & Development (WEED) organization in 1992 and worked until 2002 as executive chairperson. Until today she is co-editor of its newsletter World Economy & Development.

In 2000, Barbara Unmüßig co-founded the German Institute for Human Rights (Deutsches Institut für Menschenrechte, DIMR), a human rights organization, and has been a member of its Board of Directors since 2001. In 2009 she became Vice President of the Board of Directors.

From the very beginning, Barbara Unmüßig has been involved in the establishment of the Heinrich-Böll-Stiftung. From 1996 to 2001, he chaired its Supervisory Board. In May 2002, Barbara Unmüßig was elected president from Heinrich-Böll-Stiftung together with Ralf Fücks, position he held until the 2022. Here, Barbara was responsible for her international work in Latin America, Africa, Asia, the Middle East and North Africa. The base emphases, p. globalization, human and women's rights, international climate resources, and agrarian policy and support for democracy are at the core of her work and engagement.

Since 2009, she has been a member of the jury for the Helene-Weber-Preis, an award for young municipal women politicians initiated by the German Federal Ministry for Family Affairs, Senior Citizens, Women and Youth.

She is the president of the jury of the Anne-Klein-Frauenpreis, which the Heinrich-Böll-Stiftung has been awarding annually since 2012. With this award for women, the Heinrich-Böll-Stiftung supports women who are characterized by commitment, courage and bravery. exceptional morality for the achievement of gender democracy, rights and self-determination for lesbian, gay, trans and intersex people.

Since 2013, Barbara Unmüßig has been a member of the board of directors of the Forum for Sustainable Development, a magazine committed to shaping a sustainable future.

Barbara Unmüßig actively and regularly contributes to the strategy and program debate of the German Green Party Bündnis 90/Die Grünen in fields such as global justice issues, environmental and climate policy, gender policy and development policy.

Barbara has published numerous contributions to periodicals and books.